I’m a senior trainee in Renal medicine in Scotland, currently spending a year out of programme as a Clinical Leadership Fellow with the General Medical Council. The scheme was developed as part of Scotland’s plan to promote professionalism and excellence in medicine. A large part of my work involves engaging with medical students and doctors: raising awareness of the GMC’s work to raise standards of medical education and practice.

Speaking to others on the frontline of care I’ve gained a much clearer picture of the challenges faced by doctors today. Besides the increased workload, the greater pressure on doctors has led to problems with recruitment and retention, and the resultant vicious circle is leading to compromised patient care.

The GMC’s fourth annual report into the State of Medical Education & Practice in the UK , published last week, set out to consider some of the key issues the profession faces. Coming from Scotland I was interested to read that Scotland has more doctors per capita than the other UK countries, albeit spread over a wider geographical area (373 per 100,000 people vs 345 in England and Northern Ireland and 324 in Wales)*. It was noted that this may be because of its higher number of doctors in training at its large teaching hospitals (92 doctors in training per 100,000 people, compared with 84 in England and 74 in Wales).

But in each of the last three years, on average 18% of training posts have been unfilled after national recruitment rounds – about 3% of Scotland’s entire complement of 5700 training posts. I’ve seen the effect it’s had on a range of specialties, including medicine, anaesthetics, emergency medicine, general practice, and psychiatry. Perhaps more importantly, unfilled posts have a geographical pattern and are mainly in the north and the west of Scotland, not in its large teaching hospitals.

We know from the National Training Survey that gaps in training programmes can adversely affect the training of others and may also compromise the delivery of safe patient care. It often leads to the increased use of locum doctors, and SOMEP has identified locums as an area of concern**. As Niall Dickson acknowledged in his introduction: “Recent data suggest that the hospitals with a bad reputation from previous situations unsurprisingly find recruitment of talented staff difficult in a period when vacancy rates are generally high and doctors have a choice of where to go”.

So what can we do to address this issue? Research has found that the greatest influences on doctors’ career decisions are work related factors, such as good working conditions, desirable location (note, the Orkney and Shetland islands made it into the top 50 most desirable places to live in Britain), reputation for high quality training and availability of linked training positions. Improving the quality of the working and training experience may increase the attractiveness of posts and locations. But it was also noted that word of mouth and current or previous trainees’ testimonials were vital sources of information.

Scotland has recently launched an initiative to improve recruitment (I have to declare my interest here as an involved member!). The Strategy to Attract and Retain Trainees (StART) (www.scotmt.scot.nhs.uk) gives other trainees a key role in this task.

We use a mixture of social media (including Twitter and webinars), careers fairs, a keeping in touch initiative and partnerships with medical schools to achieve this. Having worked in a remote and rural setting in the past, I hope we can attract more young people to experience this type of practice, and the lifestyle that comes with it!

SOMEP has clearly served to highlight a number of important risks and challenges faced by the profession in the UK. But I think it would be fair to say that as data from Scotland (and from the other devolved nations) is gathered and analysed as one area, the significant regional variations that are noted within England cannot be highlighted. 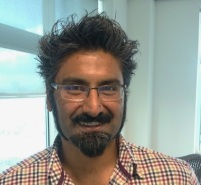 Achyut Valluri is a senior trainee in Renal medicine in Scotland, currently spending a year out of programme as a Clinical Leadership Fellow with the General Medical Council.

The Scottish Clinical Leadership Fellow scheme is run by NHS Education for Scotland in partnership with Scottish Government, the General Medical Council and the Scottish Academy of Medical Royal Colleges. Much like the National Medical Director’s Clinical Fellow scheme in England, the one year posts offer a unique opportunity for interested individuals to develop leadership and management capabilities, and contribute to aspects of contemporary health care and medical education development in an apprenticeship model.